The coming of the digital Euro? Here are pros and cons

Historians will mark October 2, 2020 as a watershed date. It is the day when the European Central Bank (ECB) formally expressed its interest in a digital Euro, in this report by Christine Lagarde and Fabio Panetta.

Digital Euro. What is it?

Cash is already disappearing as we speak, constantly eroded by means such as credit cards, wire transfers and, for example in Italy, Postepay, Satispay, Hype.

So the digital euro is already a reality. FALSE.

The means mentioned above give the appearance of digital currency, without being one at all. In fact, these always rely on traditional systems that ultimately lead to the same entities: the banks. Without a bank account, it is impossible that credit cards, wire transfers and – generally speaking – all of today’s digital tools can work. Basically, cash is now dematerialized, but it remains in all respects deposited in the bank.

Instead, what the ECB now suggests is the creation and use of real cash, in digital form, kept directly by citizens and no longer by banks. Just as if the banknotes in our wallets were transformed into digital bits saved on our smartphone, smart card or computer. It is an epochal change.

The benefits of a true digital Euro are many and evident for citizens:

The risks of a true digital Euro are also several:

Summing up, a citizen’s point of view is very different from that of a bank. For a citizen, the benefits of a true digital euro go far beyond the risks. On the other hand, for banks, the advantages of a true digital Euro are at first sight irrelevant when compared to the disadvantages that this would entail for their current revenue streams.

Great innovations are rarely pushed by those who have a vested interest in keeping stability and the status quo. Therefore, one might ask where this wind, in many ways revolutionary, of the ECB comes from. It is primarily a defensive move against digital currencies issued by private entities or foreign countries. The ECB report does not mention them explicitly, but it is clear that the attention is especially directed to Libra and China.

“A terracotta pot, forced to travel together with many iron pots“, as the Italian writer Alessandro Manzoni wrote in “The Betrothed”. The ECB must have felt a bit like Don Abbondio, caught between the irreverent creativity of Silicon Valley (Libra) and the dynamic economic and technological rise of a totalitarian regime (China).

In all of this, we must admire the foresight of the ECB: both in having understood the extent of the upcoming tsunami and in describing in the report ways in which banks can participate in the creation of a digital Euro without suffering excessive repercussions.

The ECB report of October 2 is still very generic. It indicates possible scenarios and potential solutions, without choosing or going into detail. On October 12, Fabio Panetta announced a public consultation on the digital Euro, inviting citizens, businesses, universities and associations to provide comments and suggestions.

It is therefore still early to say how the digital Euro will actually take shape. The only certain thing is that banks and financial institutions, not to mention the new paytech giant Nexi-SIA, must pay close attention to this phenomenon. Else, they are doomed to vanish into irrelevance in just a few years.

Bitcoin: the great "F**k You" to the Wizards of Oz

« Previous post
«Do not wait for Godot. And watch your thoughts. What we think, we become»
Next post »
Bitcoin: the great “F**k You” to the Wizards of Oz 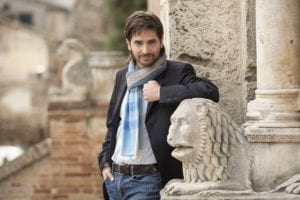